The benefits of pen writing

You are here:
1. Pen writing is easy to control and can beautify the font. Compared with ballpoint pens and water pens, pen writing is more solid and not flashy. This is related to the contact surface between the pen tip and the paper. The contact between the pen and the paper belongs to sliding friction, which is easy to grasp.
Ballpoint pens have small beads on the front, which are rolling friction and are not easy to control. Although water pens are also sliding friction, because the texture of the nib is not as hard as a fountain pen, the effect is not as good as that of a fountain pen.
2. It can improve people’s self-cultivation and durability like a writing brush. The writing pen is flexible, has a sharp point, and the written characters are more beautiful and artistic. It has a basic role in writing well with the brush. It can improve the user’s calligraphy level and write with a pen. The written characters can have the flavor of a brush, which is helpful for practicing calligraphy
3. Use fountain pens in contract negotiations to increase the business atmosphere. The fountain pen is economical, low-carbon, and environmentally friendly. Even if you throw away the garbage and pollution, it is small and the writing is formal. 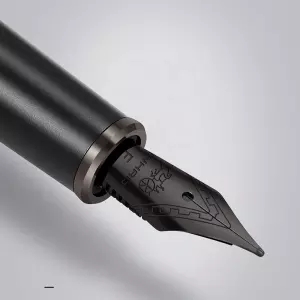 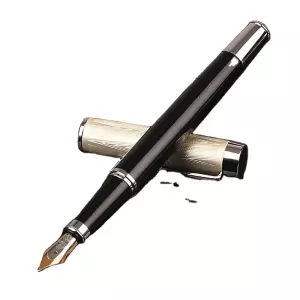